The next Apple announcement a day away is anticipating the world of industry. What's Tim Cook going to unveil next — and how is this going to affect our lives? If the launches of tomorrow harken a new iPhone or a wearable gadget, one thing we can be sure of is that the presentations will be of the highest calibre.

Apple executives have delivered some of the best presentations in the company in the last three decades. Since Steve Jobs 'launch of the first iMac  in 1998 to Tim Cook's keynote at the Worldwide Developers' Conference last year, Apple has acted for years as an outstanding model for effective content and distribution. As we get ready for Cupertino's next major product launch in September, let's look back at some of the presentation strategies that made Apple announcements so brilliant in past. Take note of this list below if you want to pose it like Steve Jobs and follow these tips next time you get up on stage.

Apple sticks to its elegant, simple design — and its presentations are no different. All in an Apple presentation is built from language to visuals to express as simply as possible a single message. This commitment to clarity and simplicity ensures that Apple hearings with the exact message that Apple wants to spread from these presentations. Carmine Gallo, a communications expert, commends Apple managers for making sure their headlines are of less than 140 characters so that media and audience members can tweet them exactly what they said on stage. Look at Twitter after the announcement tomorrow — you might only notice the same titles from the mouth of Tim Cook.

Steve Jobs understood that powerful imaging is important. Jobs was interested in highlighting how fine the latest Apple computer was when it announced the 2008 MacBook Air launch. He showed them using an image of the manilla envelope instead of just telling his audience the computer's impressive dimensions. "It's so small," he said, "even fits into one of those envelopes we saw floating around the office." Jobs was able to spread his message much more convincingly than with numbers and text by themselves. Visuals that help your audience remember your Message are scientifically proven. Several studies have shown that text-based content is 42% more memorable in conjunction with pictures.

3. Preparing for The Unexpected:

Steve Jobs' clicker disappointed him well known at the Macworld Conference in 2007. Steve kept his composure instead of tossing the horrible plastic piece on the ground or storming off the stage. He made a joke in order to make audiences quick and then began with Apple co-founder Steve Wozniak at high school on a story about his adventures. The clicker was working again in a matter of minutes, and Steve was able to start the chat. This can be like hours when you are up on stage without a backup. Steve Jobs seemed normal, but he was careful in his preparations — when the clickers stopped working, he prepared anecdotes.

4. Planning for The Wow Moment:

Steve Jobs was popular, particularly when it came to presentation, for its bold statements and bold choices. Jobs learned how to interact with an audience and how to appreciate it. The introduction of the iPhone in 2007 at Jobs offers a perfect example of such a "wow" moment. "Today, three innovative products are being launched," Steve started. "A broadcast iPod with touch controls is the first one." The second is a mobile telephone revolutionary. The third is a powerful device to communicate with the Internet. "He repeats the following lines when the audience starts to cheer. "You 're receiving it? Three specific machines are not. And the crowd got crazy. This is just one tool.

For every presentation, you can keep the audience engaged, excited, by baking a shocking "wow" moment — because they never know what they should expect. 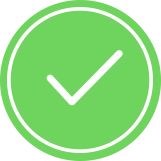